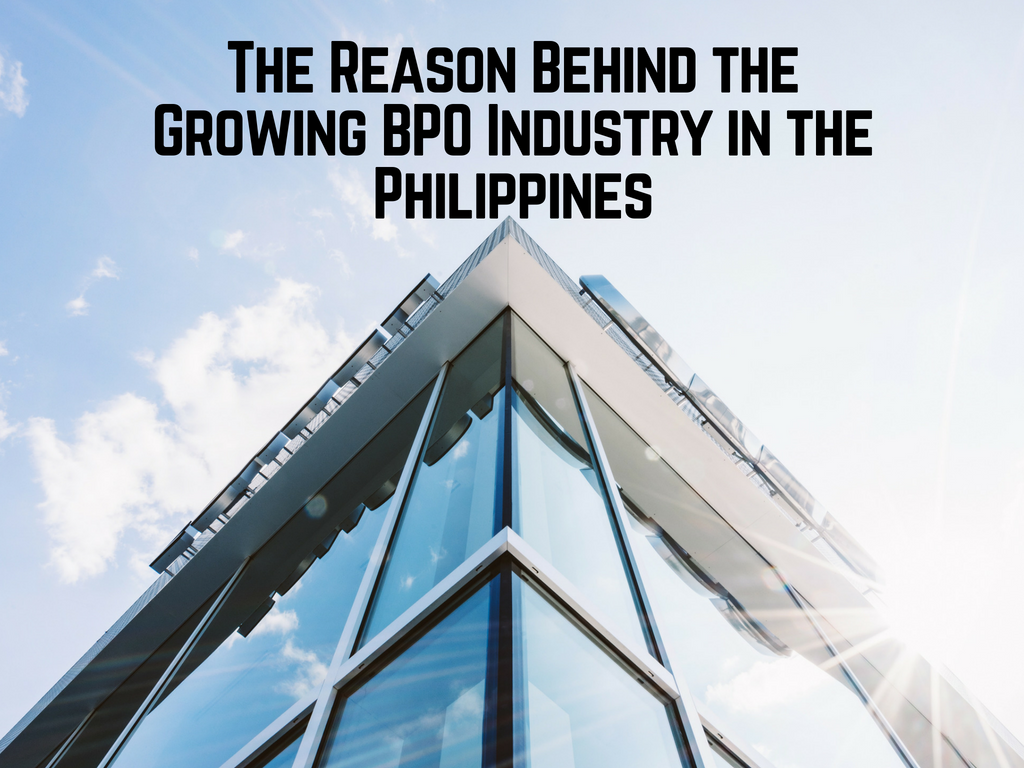 The Philippine government has shown its support for the BPO industry in many ways. One of the most obvious ones is the creation of the Department of Information and Communication Technology which aimed to bolster the BPO sector in the country.

The most popular show of support by the government is the revised Special Economic Zone Act or RA7916. It introduced tax-relation benefits such as four-year corporate income tax exemption, local tax and permits exemptions, duty-free import of capital equipment, and even permanent residency for foreign investors. It also includes a variety of operation and capital-related benefits.

The Philippines has a high English proficiency rate of around 92.5% this places the Philippines as the third largest English-speaking country. This results in many Filipinos being very fluent in the English language, and the accent they use are very similar to the western accent.

The Philippines also has a 95% higher education literacy rate, since it produces over 450,000 graduates annually. This creates a large pool for employment in the country. These graduates specialize in different fields. This workforce has a diverse set of people who are knowledgeable in multiple fields. And the vast pool of possible employees that are qualified to work for BPO services is considered very advantageous by many foreign and local investors.

The Filipino culture is also perfect for the BPO industry. Their natural traits of being patient, humble, and hospitable are almost a requirement in most BPOs, particularly in the voice-sector.

The Philippine BPO industry rose to the top spot because of 4 major things. The government supported the BPO industry through enacting laws and providing training for people. The employment pool for the Philippines is very deep because of the many skilled and talented graduates that are produced yearly. The culture of the Philippines, as well as the adapted culture from the west, are ideal for the BPO industry. And lastly, the Filipino people are very willing to do a lot of things for as long as they are compensated for their efforts.

Interesting Question Asked In An Interview

ALL RIGHTS ARE RESERVED WITH - 99MAG MEDIA AND BROADCASTING PRIVATE LIMITED
Contact us: INFO@99MAG.COM